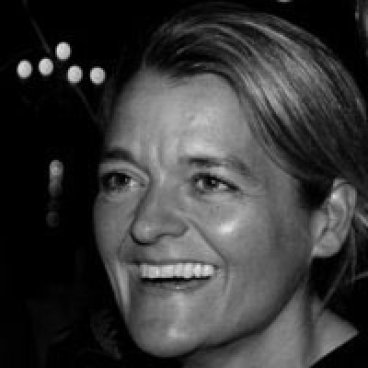 Since 1987, Anouk Beerents has specialized in the import and export of antique mirrors. Her monthly purchase is a selection of authentic, quality mirrors, the majority of which are of French and Italian origin with gilded gold leaf as well as silver leaf. Her studio (450 m2) is located in a refurbished factory on the Prinsengracht in Amsterdam and accommodates our collection of more than 300 mirrors from the 18th and 19th century. You can even park your car inside the studio when visiting.

Upon acquisition, Anouk's mirrors are examined and, if necessary, restored in her own workshop. Any possible restoration is done according to the traditional techniques. Products such as animal glues, earth pigments, and bolus are used. If necessary, the mirrors will be gilded with gold leaf or silver leaf while always preserving the original antique mirror glass.

RESTORATION
Anouk always takes a conservative approach. If restoration of the mirror is required, she will proceed with the existing patina as a starting point. Her approach depends on the age of the mirror. One thing always remains the same, her gilding technique. 'We restore our antique mirrors using ancient techniques and traditional products. The main thing is authenticity!'

Eighteenth century French mirrors are usually made of lime wood, a type of wood that can easily be stitched. In the beginning, a number of layers of gesso are applied to the frame and ornaments that cover the imperfections of the stitching. These layers are completely and smoothly polished. Afterwards, a bolus consisting of animal glue and soft clay (which is naturally yellow, black, or red) is used to carefully gild them. A variety of bolus colours are used to emphasize the ornament and profiling. Eventually, the gold leaf will be applied to the bolus layer and polished with agate. This gives the gold its natural high gloss. The gilding technique in the 19th century is still the same as in the previous centuries. Only the technique of making mirror frames has changed. The starting point is still lime wood. Today, the ornaments are no longer stitched by hand. With the restoration of 19th century mirrors, we use this mixture of chalk and animal glue. 'Original mirror glass is still valuable.'

In our studio, we preserve the original mirror glass at all times. The first glass mirrors were made of obsidian, a type of dark volcanic glass. This glass was inserted into walls and served as a mirror.

In the Middle Ages, mirrors were made of glass balls. See, for example, the convex mirror in the famous painting 'Portret van Giovanni Arnolfini en zijn vrouw' by Jan van Eyck from 1434.

Around 1500, people discovered a technique with which mirrors could be made of mercury. This technique was kept a secret for years, thereby making them highly valuable. An inheritance from 1683, a Venetian mirror of 115/65 cm, was worth three times as much as a painting by Rubens.

The mercury mirror played a leading role in the mirror studios for four hundred years. The reflective layer consisted of approximately 75 tin parts and 25 mercury parts. In the Hall of Mirrors in the Palace of Versailles, 17 arcades were filled with mirror panels. These mirrors, made by Manufacture du Faubourg Saint-Antoine, were a miracle in itself in the 17th century. Not only due to the measurements, after all a small mirror cost a fortune in those days, but more importantly, people could see themselves in a mirror in total for the first time!

The later silver mirror, first developed by the German Liebig in 1835, provided a whole new twist. Now, people were able to create larger mirror glass panels, which were applied more architectonically in the interiors. 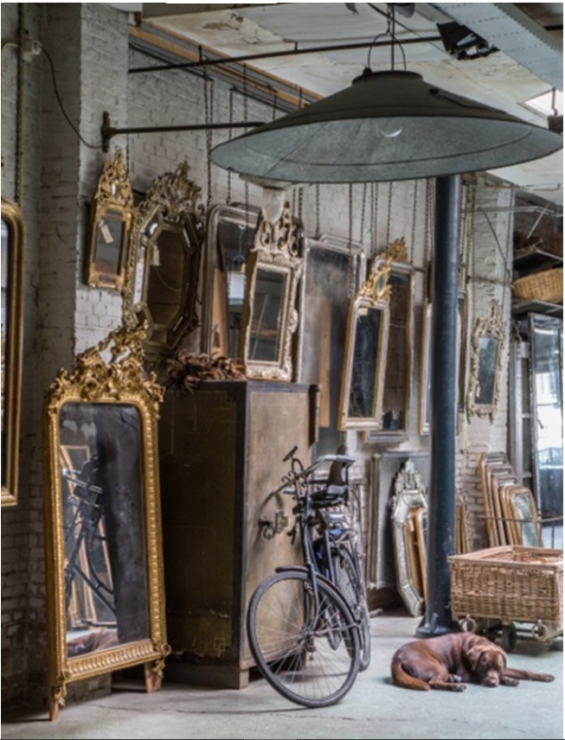 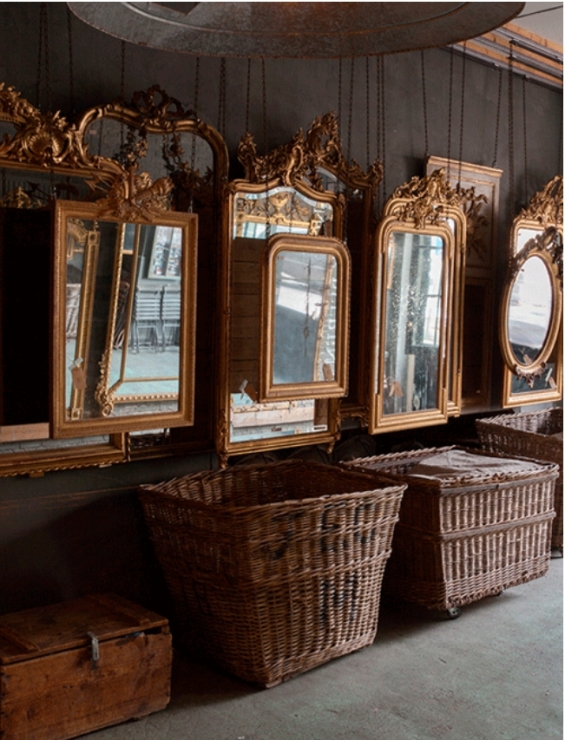 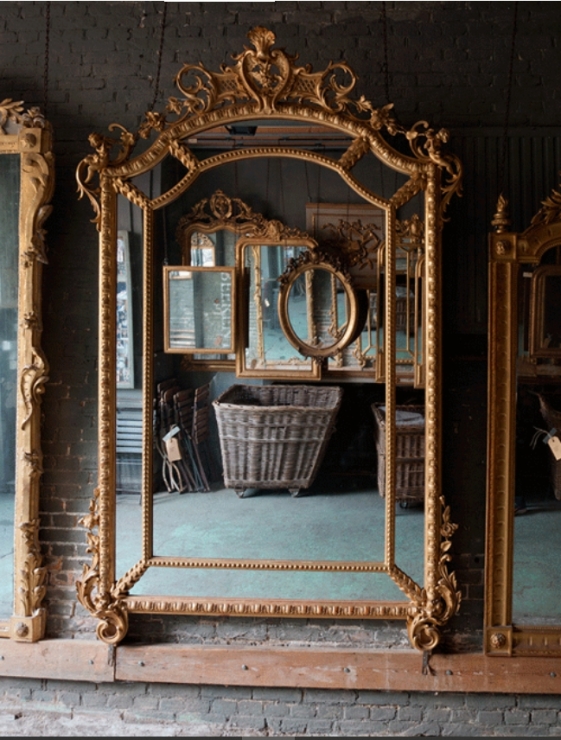 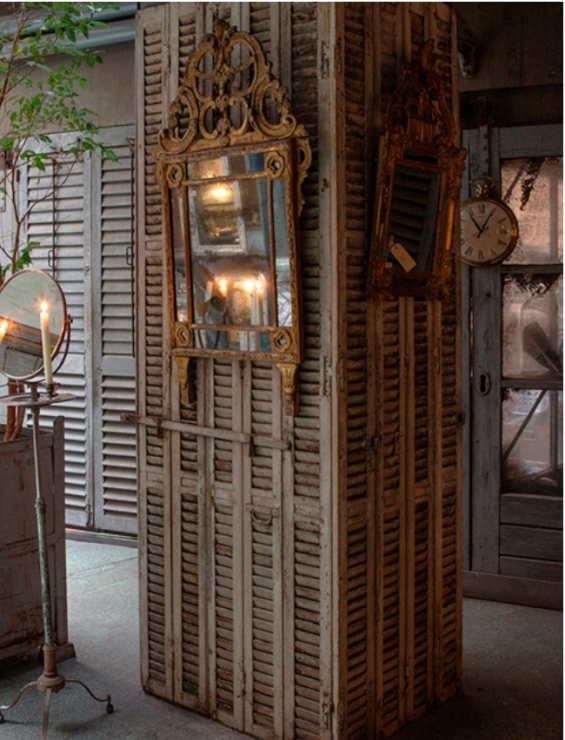 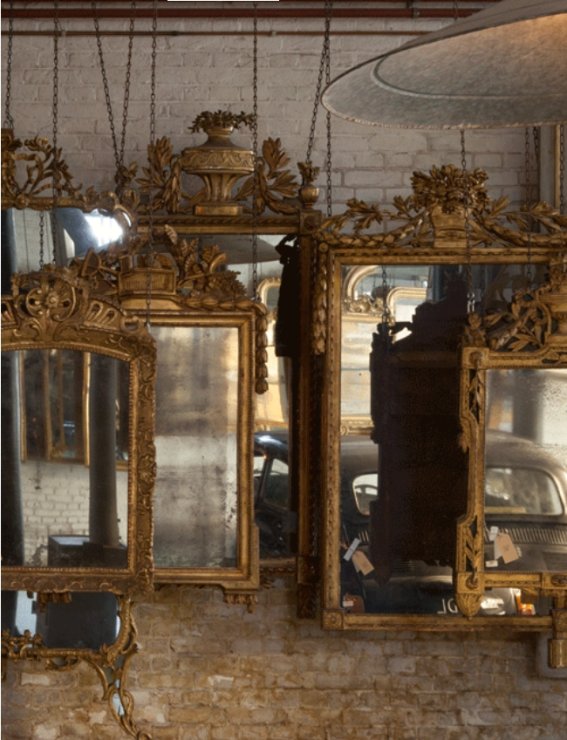 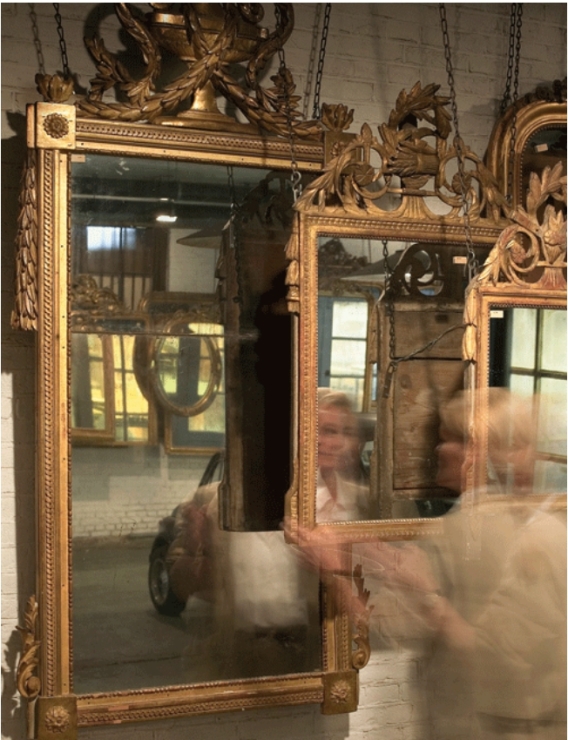 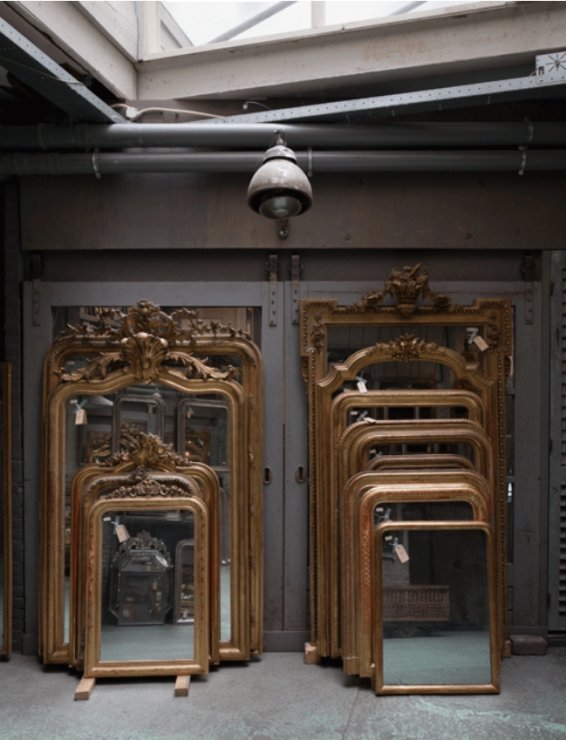 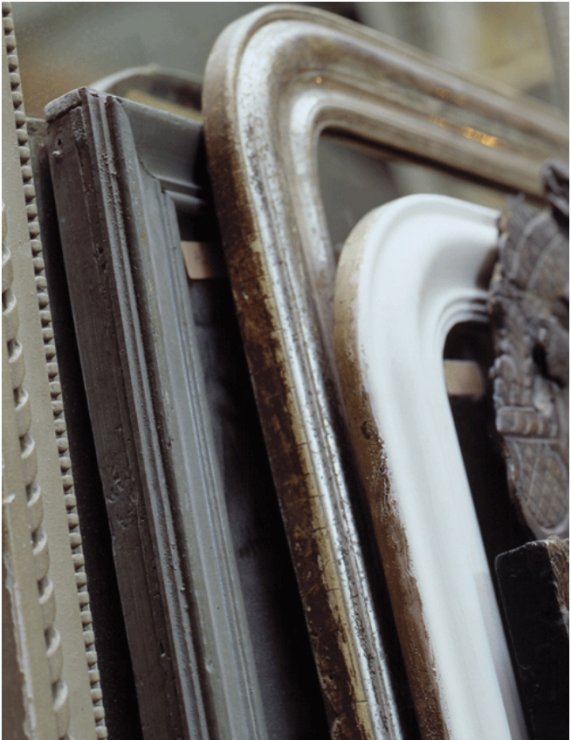 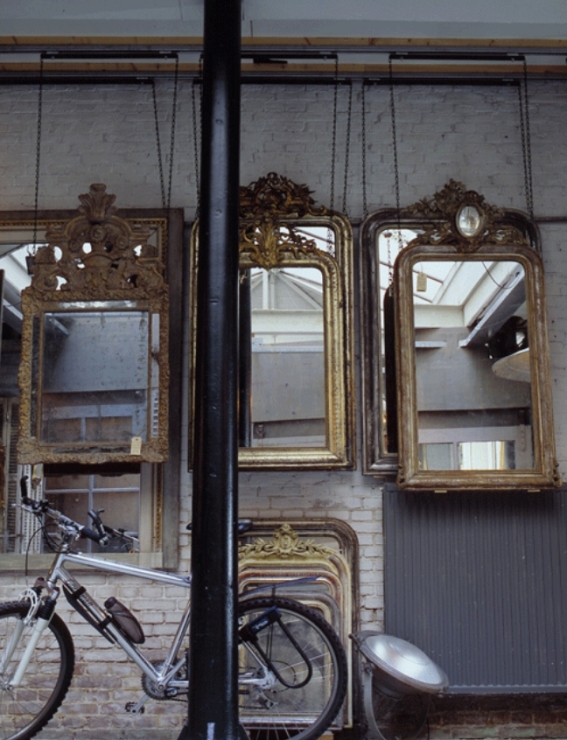 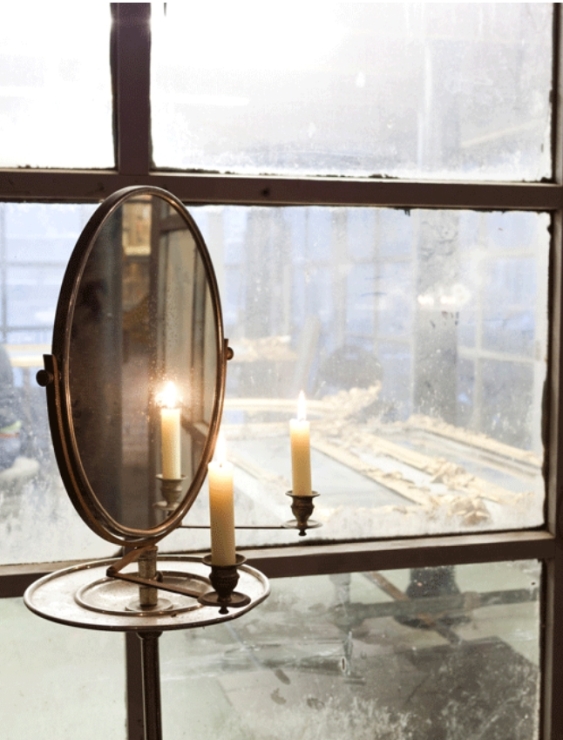 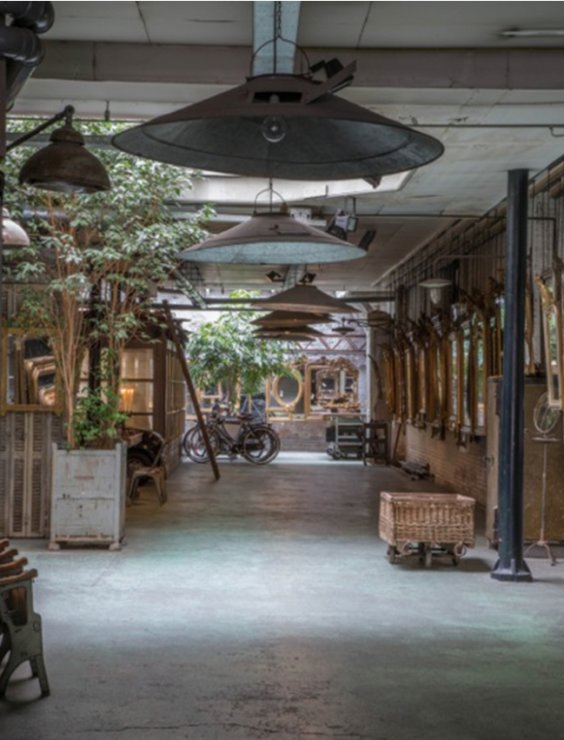 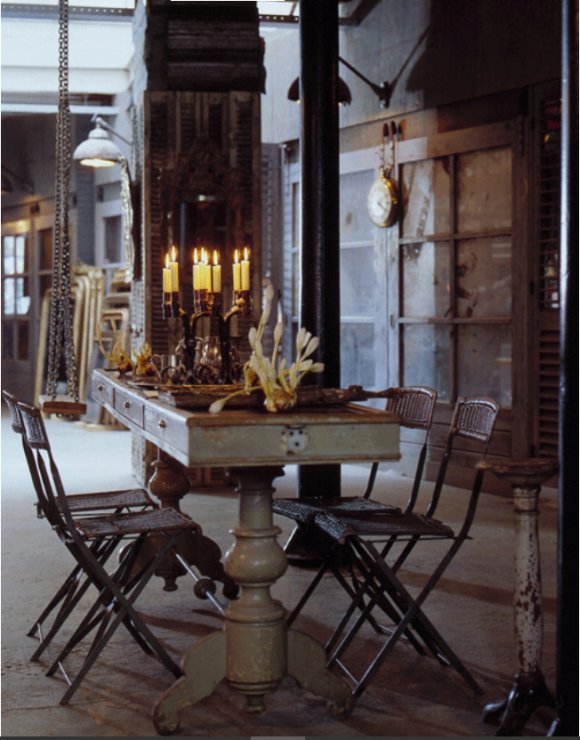